The national charity that funds research to discover new, more effective and kinder treatments for children with neuroblastoma, an aggressive and life-threatening cancer, was nominated and selected by Solent Stevedores’ staff.

The charity was put forward by two members in Solent Stevedores’ London team whose families have been directly impacted by neuroblastoma.

Solent Stevedores, the award-winning port terminal operator with 200 employees across four UK locations will spend the year focusing its fundraising activities on behalf of the charity and has committed to match fund up to £10,000 of the final total raised.

"This is the first year our teams will be dedicating fundraising activities to one charity. For it to be a charity close to the heart of two of our employees makes it even more poignant."

"We’re looking forward to getting involved in lots of fundraising activities for such a worthy charity throughout the year."

"Around 100 children are diagnosed with neuroblastoma every year in the UK. Despite intensive treatment, around half of children with high-risk neuroblastoma will relapse and their chances of survival are then less than 10%. The money raised by Solent Stevedores will enable us to fund more research into this devastating disease. We are looking forward to working with their teams to raise as much money as possible and generate more awareness of this rare childhood cancer.

• Neuroblastoma usually affects children under the age of five, and very rarely, before a child is born. It is the most common solid tumour in childhood after brain tumours.

• Only around half of all children with high-risk neuroblastoma survive beyond five years.

• Despite intensive treatment, around half of children with high-risk neuroblastoma will relapse and their chances of survival are then less than 10%.

• Neuroblastoma is a type of cancer that develops from the cells left behind from a baby’s development in the womb. 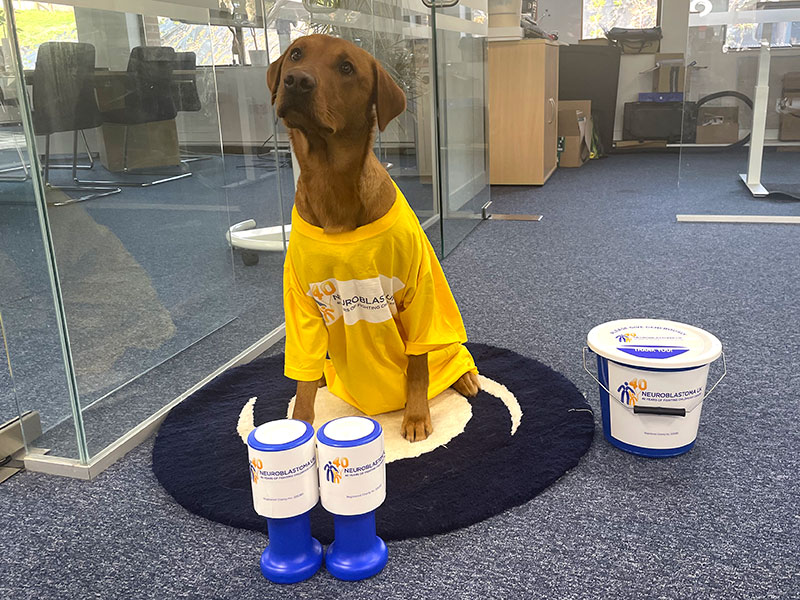 • Neuroblastoma UK is a small, national charity dedicated to finding a cure for neuroblastoma. Since 1982, we have been committed to helping scientists develop innovative, more effective and kinder treatments for children with neuroblastoma. We have funded nearly £8 million of early-phase neuroblastoma research over the last 25 years alone.

• Neuroblastoma UK is celebrating 40 years of fighting childhood cancer throughout 2022. The charity was formed in October 1982 as The Neuroblastoma Society by a group of parents with children diagnosed with neuroblastoma.