Solent Stevedores, a UK leading port operator, has welcomed a record cargo shipment to the King George V dock at Port of Southampton on behalf of Aggregate Industries over the next year.

The Yeoman Bank vessel arrived at the port in late February commencing a long contract to discharge regular cargoes of aggregate.

With echoes of a historical presence at the Port of Southampton from Aggregate Industries, the vessel arrived at King George V Dock with 30,000 tonnes of aggregate from the Glensanda super quarry in Scotland, from which supply was once a regular feature at the port. This is the largest cargo to be unloaded at King George V Dock.

The aggregate will be used for civil engineering and building projects across the south of England.

Solent Stevedores is one of the largest and fastest growing cargo and passenger handling companies in the UK. 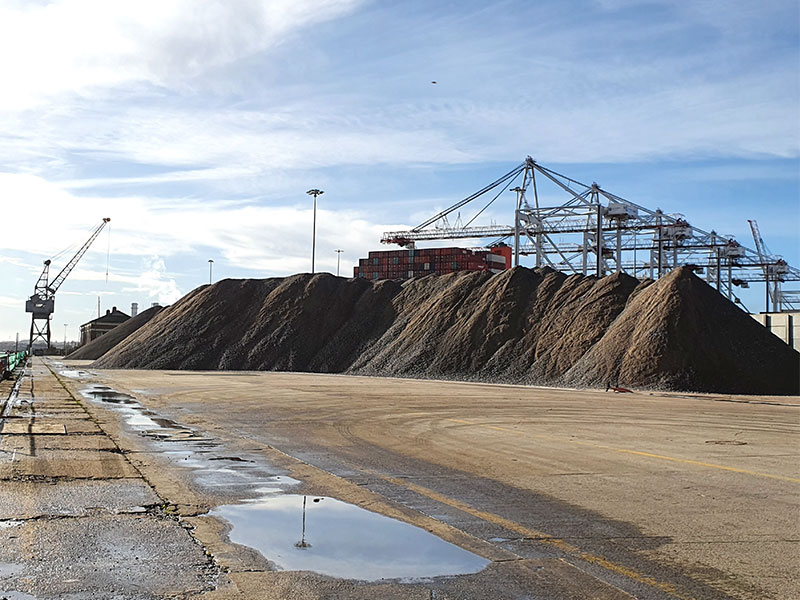 30,000 tonnes of aggregate discharged from The Yeoman Bank vessel

"We’re really pleased to welcome back Aggregate Industries to our terminal at the Port of Southampton.

"Handling bulk cargo is a speciality for our highly skilled team and this contract reflects our position as a leading port operator."