Rail investment inspired by the next generation

Solent Stevedores, a UK leading cargo handler, has invested a further £2.4 million in its rail operations at the Port of Southampton inspired by the children of team members.

A substantial investment in three new Kalmar Reach Stackers and 10 Terberg Tugs is the next phase in supporting the continual growth of rail operations at Solent Rail Terminal in the Western Docks.

Since operations began in Southampton more than 20 years ago, this family-run business has had its employees at the heart of its company. It’s these values that inspired the team to name the top-of-the-range machinery after some of the children of its employees.

The three new reach stackers will bear the names of Poppy, Ella Louise and Emily May.

"This investment underlines our commitment to the future of rail freight as well as our customers through delivering significant service improvements."

"Having the names of the next generation of Solent Stevedores emblazoned on the machinery is a fitting nod to our strong family-run company values. " 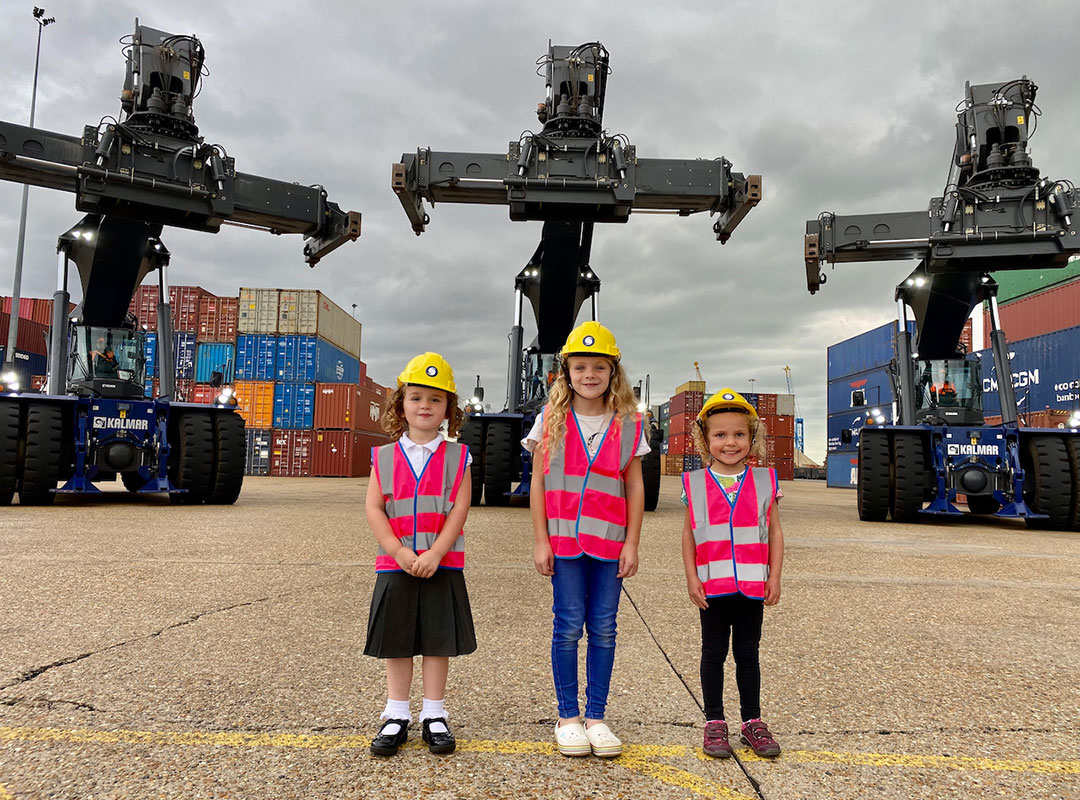