Openfield at the Port of Southampton

Southampton is a strategic port in the Openfield portfolio, perfectly placed to service the company's central stores and grain suppliers and providing access to global export markets, primarily the many near-continent maltsters and brewers served by Openfield.

In 2008 Openfield entered into an agreement with Solent Stevedores to redevelop one of the original Western Docks cargo sheds, built in the 1930's, as a TASSC approved grain store. 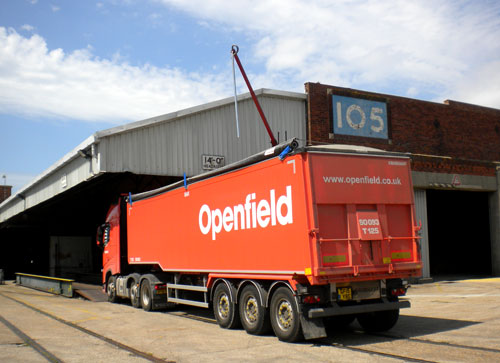 The store, with a capacity of just under 10,000 tonnes of single commodity cargo, is capable of tipping up to 750 tonnes per day and includes an automated sampling spear, ring checked analysis equipment and a genesis weighbridge system electronically linked to Gold.

Whilst there is the capability to load product directly to ship via conveyor and/or quayside crane, the presence of 105 store allows Openfield to tip cargo during inclement weather and manage stock holdings prior to vessel arrival. 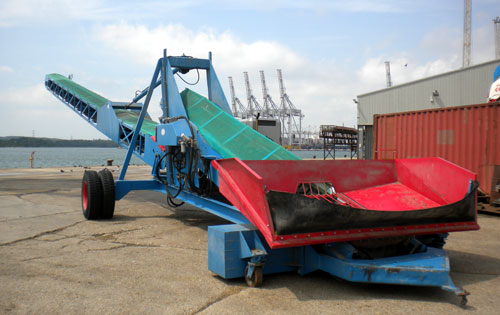 Since 2008, the vast majority of the 750,000 tonnes of export cargo passing through the facility has been loaded to vessel via two quayside conveyors, however the strain of handling an average of 125,000 tonnes per year was beginning to take its toll on the machinery.

To show their commitment to the Port of Southampton, Openfield worked with ABP (port owners) and Solent Stevedores (Openfield's long standing Stevedore partner) to re-site and replace the old sampling and weighing equipment.

In addition, Openfield undertook the total refurbishment of both loading conveyors, at a cost of £80,000.

The improvements have not only enhanced every aspect of the storage and loading services provided to customers, but has also resulted in improved working conditions for the Openfield staff on site.

With the fertile areas of southern England providing such good growing conditions for grain, it is expected that the recent improvements to the Openfield facility will ensure that significant volumes of export tonnage will continue to be handled by Solent Stevedores, through the Port of Southampton.