Despite losing 15 acres of space to enable the expansion of the container terminal, the Southampton Bulk Terminal, operated by Solent Stevedores, has this week exceeded the magical million tonnes of cargo handled across berths 107-109 and the King George Vth Dock in the port’s Western Docks.

In recent years the annual tonnage handled through the Southampton Bulk Terminal has been around the 850,000 mark.

However, due to the demand from bulk ship operators, and the productivity of the workforce, the magical 1 million tonne mark has been reached with 10 weeks remaining in 2016. 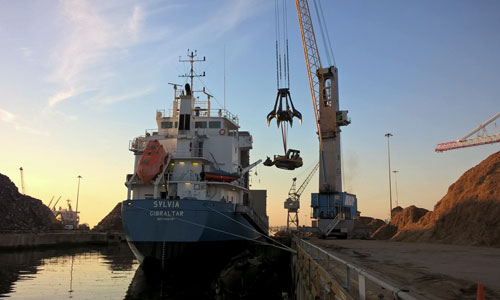 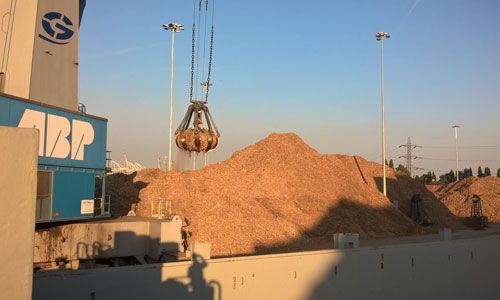 The majority of the tonnage passing through the Southampton Bulk Terminal is export cargo although the upsurge in tonnage this year has been aided by increasing shipments of imported gypsum rock required by a buoyant UK building industry and also as a consequence of the reduced amount of gypsum powder available as a by-product from UK coal fired power stations.

Such is the productivity level now reached by Solent Stevedores staff using high volume handling equipment, that the 1 million tonnage figure is equivalent to the total tonnage handled in the whole of the Port of Southampton in the 1930’s, often considered by some to be the ‘golden age’ of the port.

The 1 million tonnage figure, passing through a relatively small part of the Port of Southampton, is also equivalent to the total volume of cargo handled annually in a number of other UK ports.